Golden Eagles in the Lake District

Tales and Legends – Eagles in the Lake District

Golden Eagles were once a common site in the Lake District. Local landmarks, such as Eagle Crag in the Langstrath Valley, recall their presence. This huge bird of prey would be seen soaring above the mountain tops hunting large mammals such as rabbits, hares, grouse and occasionally foxes. They are also known to take lambs when their normal food is in short supply and feed upon them as carrion.

It is thought that sheep farming arrived in the Lake District with the Vikings and their eyries (nests) were systematically destroyed by farmers. It is said that the last local golden eagle was killed by farmers at the end of the eighteenth century. In 1969, after an absence of almost 200 years, a pair of golden eagles was spotted once again in the Lake District hunting above remote Haweswater – one of the most isolated lakes of the lake district. 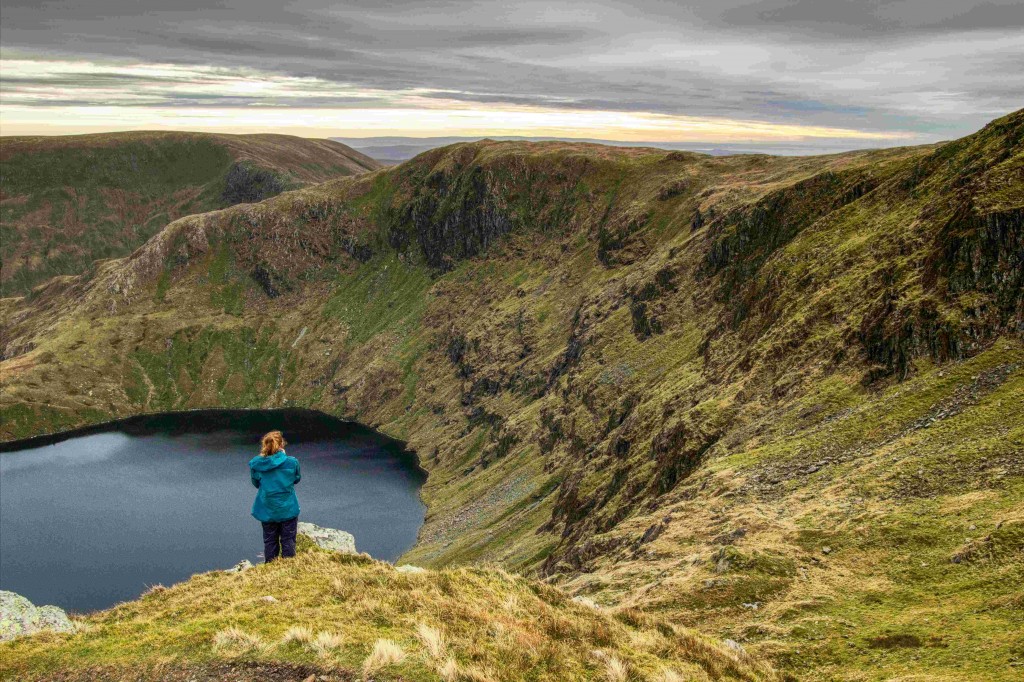 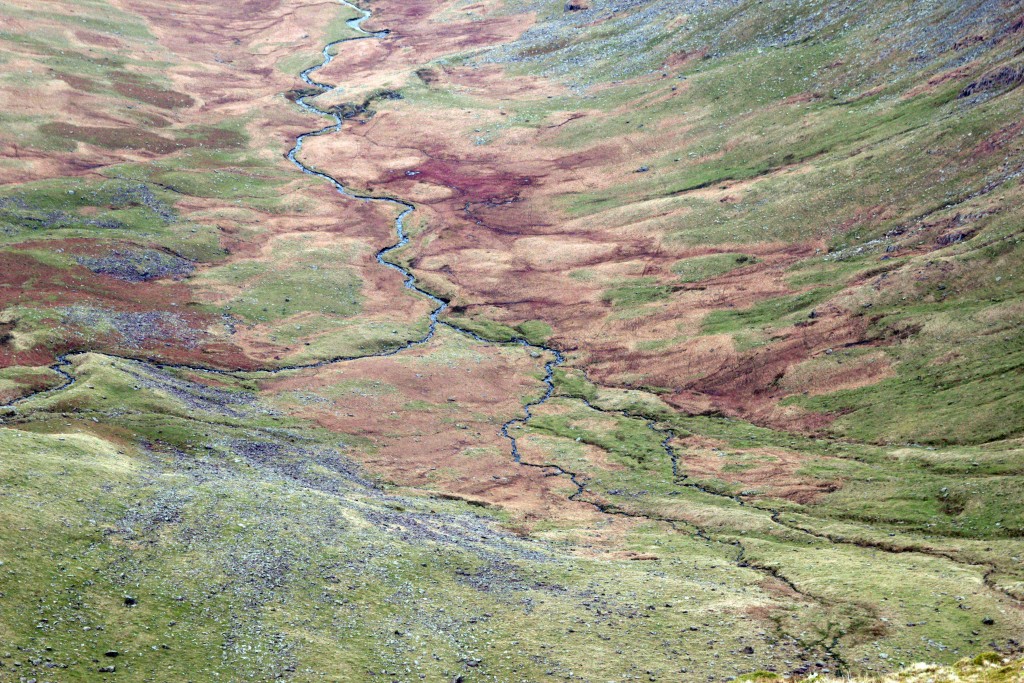 The Haweswater eagles were a popular tourist attraction and the RSPB set up an observation post close to their eyrie in rocky Rigginsdale. From the viewpoint the eagles could be seen hunting, courting and nest building. The last female eagle died in 2004 and for the next 12 years the lonely male could be seen displaying each spring in a forlorn bid to attract a new mate. He would rise high into the sky before diving earthwards at great speed in a mating display known as ‘sky dancing.’ It is believed that the last male died from old age, or natural causes, in 2016.

Haweswater can be reached on foot via the Nan Bield Pass from Staveley and Kentmere. In Staveley there is a popular inn called the ‘Eagle and Child’. This unusual name is thought to derive from a well-known Lancashire legend and Sir Thomas Lathom’s desire for a male heir. According to the story Sir Thomas Lathom had a beautiful daughter called Isabella but he was bitterly disappointed not to have a son and heir. As his wife advanced in years he took matters upon himself and had a liaison with a nearby yeoman’s daughter which resulted in a baby boy. Delighted by events Sir Thomas then dreamt up the following preposterous plan to bring his illegitimate son in to his house. 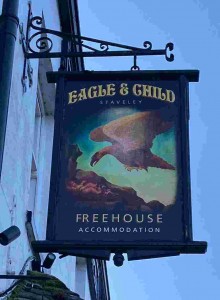 After dressing the baby in fine clothes, supplied by Sir Thomas, the mother left the boy lying in the grass of Lathom Park, close to a path along which Sir Thomas and his wife took a daily walk. On the planned morning, Sir Thomas and his wife were out strolling together when they heard the infant crying and upon investigation discovered the abandoned boy. Sir Thomas then somehow convinced Lady Lathom that the boy had been stolen and dropped by an eagle and they should take it home and raise it as their own.

Another version of the story suggests Sir Thomas and Lady Lathom found the child in an eagle’s nest and took it home to raise as their own. Stories about babies found unharmed in an eagle’s nests are very old and exist in folklore in many parts of Europe. In one ancient tale it is said that King Alfred the Great found a child after hearing it crying while he was out hunting. When his servants investigated, they discovered a male child in an eagle’s eyrie, dressed in purple with gold bracelets on its arms (the mark of Saxon nobility). King Alfred named the child ‘Nestingium’ and had it baptized and educated. Perhaps one of these stories was the inspiration for Sir Thomas’s plan.

The view from High Street towards Harter Fell – Golden Eagles once nested here.

In Scotland, successful Golden Eagle conservation projects are resulting in a gradual rise in the golden eagle population. With the release of golden eagles just north of the Scottish border perhaps their chicks will migrate south and once again we will see golden eagles above wild and remote Rigginsdale and Haweswater and new tales and legends will follow.

I hope you have enjoyed this short article looking at Golden Eagles in the Lake District. This article is part of a series of blogs looking at the tales and legends of the Lake District. If you want to read more unusual and often unexplainable stories then we hope you will visit our website again. If you would like to explore the Lake District mountains with a qualified Mountain Leader than please browse our guided walking holidays and short breaks.