Tales and Legends of the Lake District

Tales and Legends of South Cumbria

From our doorstep in Natland we can enjoy many beautiful and interesting walks. Following the banks of the fast-flowing River Kent with its herons and kingfishers, it is not far to the stately Levens Hall, with its carefully sculptured topiary, and medieval Sizergh Castle (National Trust owned).  However, in the case of Levens and Sizergh it is not only the seen but also the unseen that is interesting. 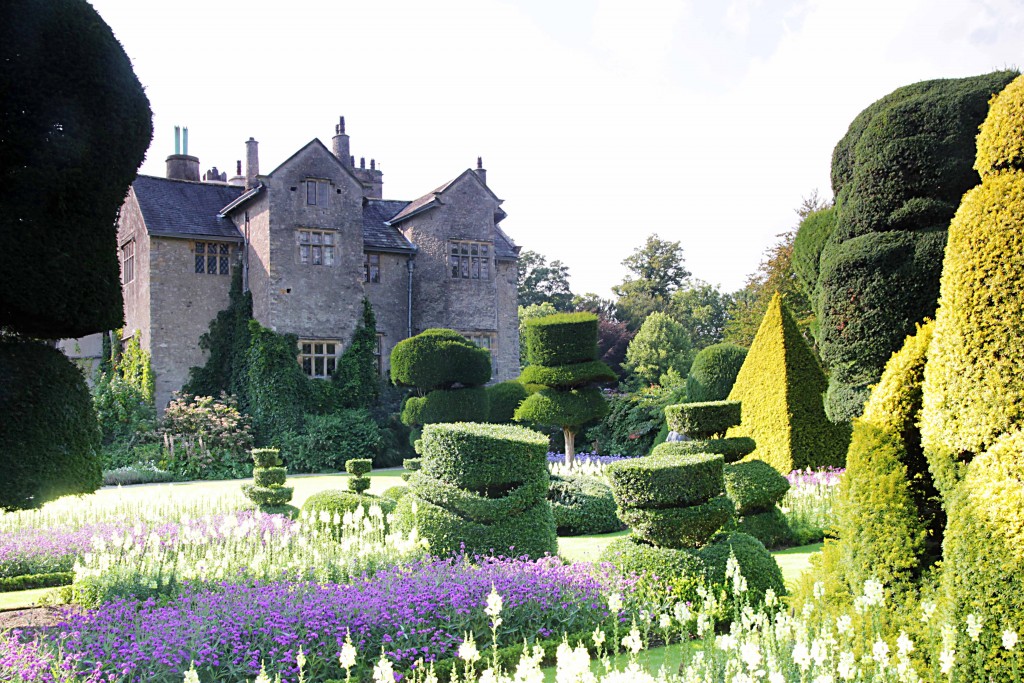 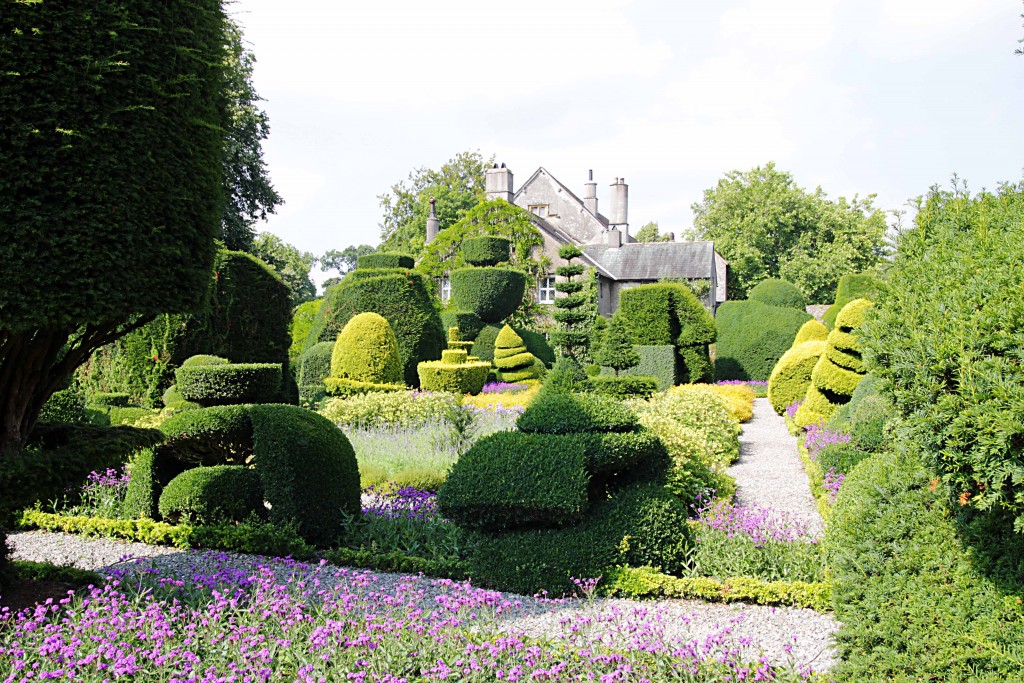 The walk to Levens Hall goes through Levens Deer Park, one of the oldest deer parks in England. The fallow deer here are unusually dark and locals say that whenever the herd bears a white fawn the House of Levens will see a change of importance.  Several recorded cases of deaths, marriages and change of ownership coincide with the birth of a white fawn and it is said there are many more unrecorded examples.

The walk to Levens Hall goes through Levens Deer Park, one of the oldest deer parks in England. The fallow deer here are unusually dark and locals say that whenever the herd bears a white fawn the House of Levens will see a change of importance.  Several recorded cases of deaths, marriages and change of ownership coincide with the birth of a white fawn and it is said there are many more unrecorded examples. 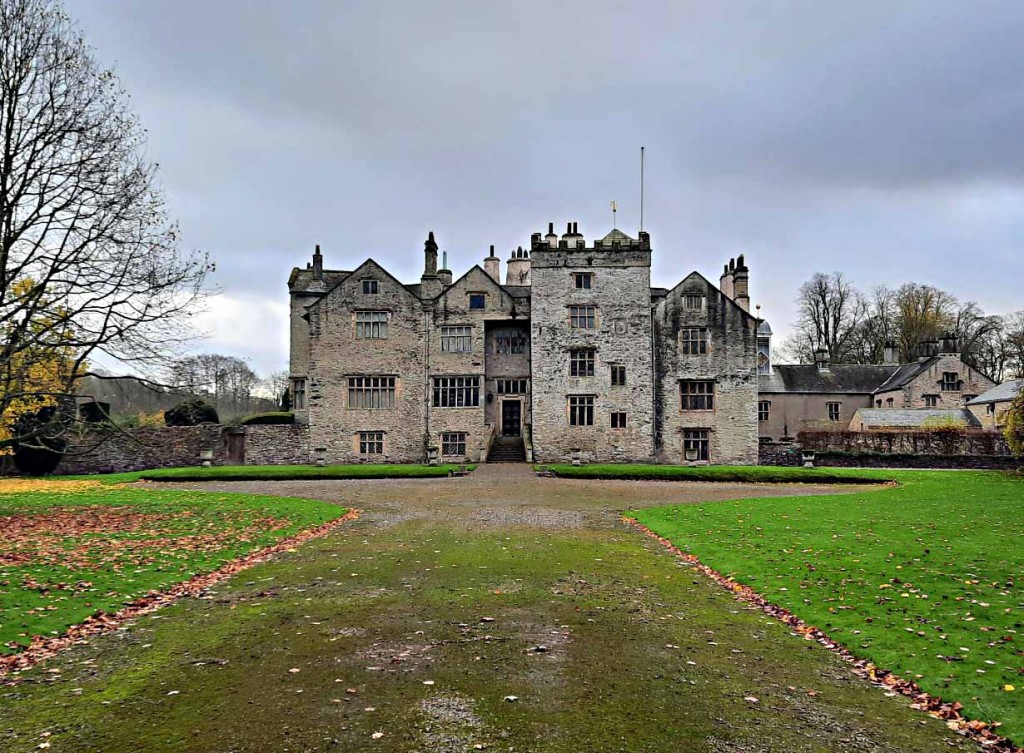 Recorded events that coincide with the birth of a white fawn:

Many tales and legends are associated with Levens Hall. Several ghosts are thought to haunt Levens Hall and the surrounding grounds, the most famous being a gypsy woman who is said to have died cursing the house. She declared that no male heir would inherit Levens until the River Kent stopped flowing and a white fawn was born in the park. Strangely, the estate did pass through the female line for four generations and when the next male heir was born, in 1896, the river froze and a white fawn was born in the deer park! If that is not enough to make you shiver then is it just coincidence that all the male heirs since have also been born on freezing winter days!

Mr Curwen in his monograph on Levens Hall mentions another superstition involving a white deer.

“A white buck which appeared in the herd was ordered to be shot, but the keeper was so horrified with the deed, which he thought to be ‘waur ner robbin’ a church, that he actually went so far as to remonstrate with Lord Templeton. Persuasion being of no use, he at last refused point blank to do the deed himself, and another man had to do it. In a few months great troubles came over the house. In quick succession it changed hands twice; the stewards, servants and gardener all lost their places; and the keeper held firmly to his belief that all was due to the shooting of this white deer.” 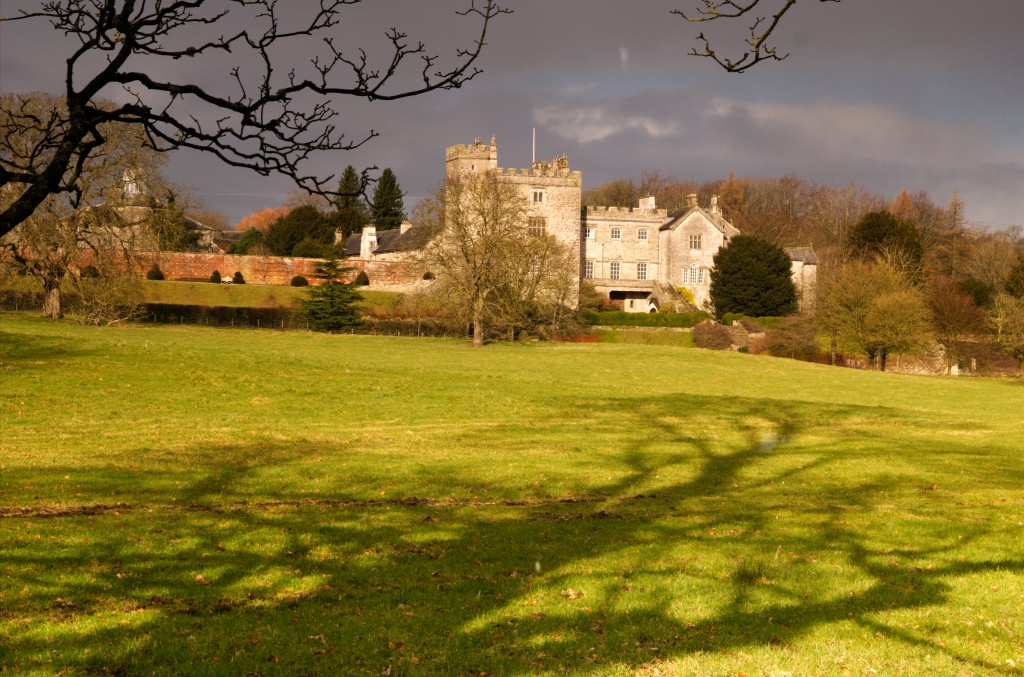 Nearby Sizergh has been home to the Strickland family since the thirteenth century. However with a decline in the family’s fortunes and the spectre of inheritance tax the castle and its contents were given to the National Trust in 1950 with the agreement that the family would be allowed to continue living there.

During the 800 years the family have lived at Sizergh they have played a significant role in many national events, including carrying the English banner of St George at Agincourt. Throughout the castle can be seen the Strickland coat-of-arms which incorporates three silver scallops on a black background – the three scallops being signs of pilgrimage.

The Redman family, another local family and part of the Strickland lineage, have a coat of arms that bears three pillows or cushions. According to Gerald Findler (in Legends of Lakeland), one of the Redman ancestors had to fight an adversary in single combat. He arrived so early at the place of combat that, while awaiting the arrival of his foe, he went to his tent and fell asleep. He was suddenly awakened by the fanfare of trumpets which announced the alarm and presence of the enemy. Quickly rising from his bed, he lifted his sword, ran out of his tent, madly rushed upon his opponent, and slew him without delay. This deed was told and retold, and the three pillows, a perpetual reminder of the sleepy warrior, was incorporated in the Redman coat of arms. 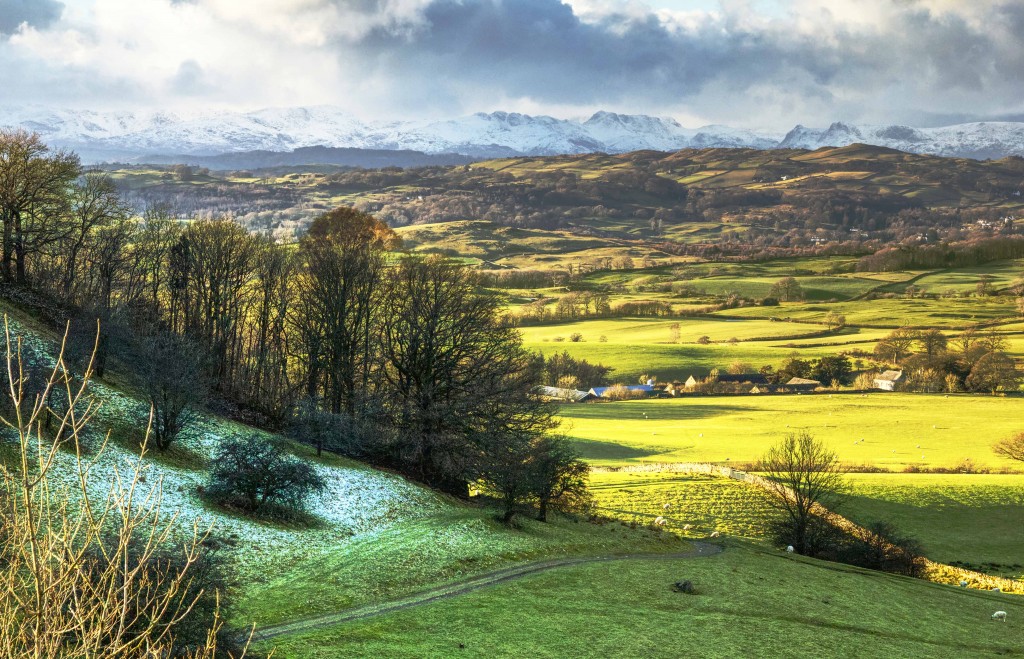 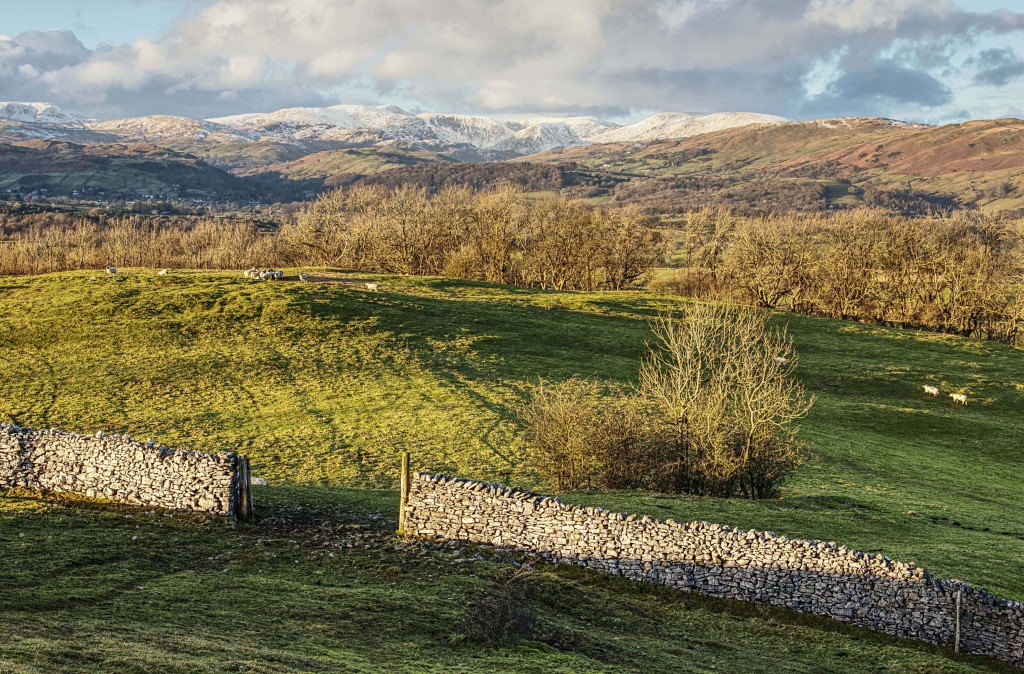 The view from Scout Scar

From Sizergh it is a short and easy walk to Helsington Burrows where it is possible to follow the limestone outcrops of Scout and Cunswick Scars north towards the Kentmere Valley. Alfred Wainwright in his book, The Outlying Fells of Lakeland, described the walk along Cunswick and Scout Scars as –

“A walk above others: a pleasure every step of the way”.

With its sweeping views I certainly agree with this statement and they are definitely not to be missed in the dash north to the Lakeland Fells. Levens Hall, Sizergh Castle, Scout Scar and Cunswick Scar can all be explored from our comfortable accommodation in Natland (Kendal) and linked together to form interesting and enjoyable walks of varying lengths. Better still, why not book a guided walking weekend and allow us to help you discover and enjoy this amazing area? To find out more please browse our walking holidays and short breaks.
(Levens Hall, Sizergh Castle, Scout Scar and Cunswick Scar are also included in Threesixteen’s South Lakes Pilgrimage – A Pilgrim Walk)

I hope you have enjoyed this short article looking at local tales and legends. This article is the first in a series of blogs looking at the tales and legends of the Lake District. If you want to read more unusual and often unexplainable stories then we hope you will come back to our website (www.mountainexplorer.co.uk) again soon.